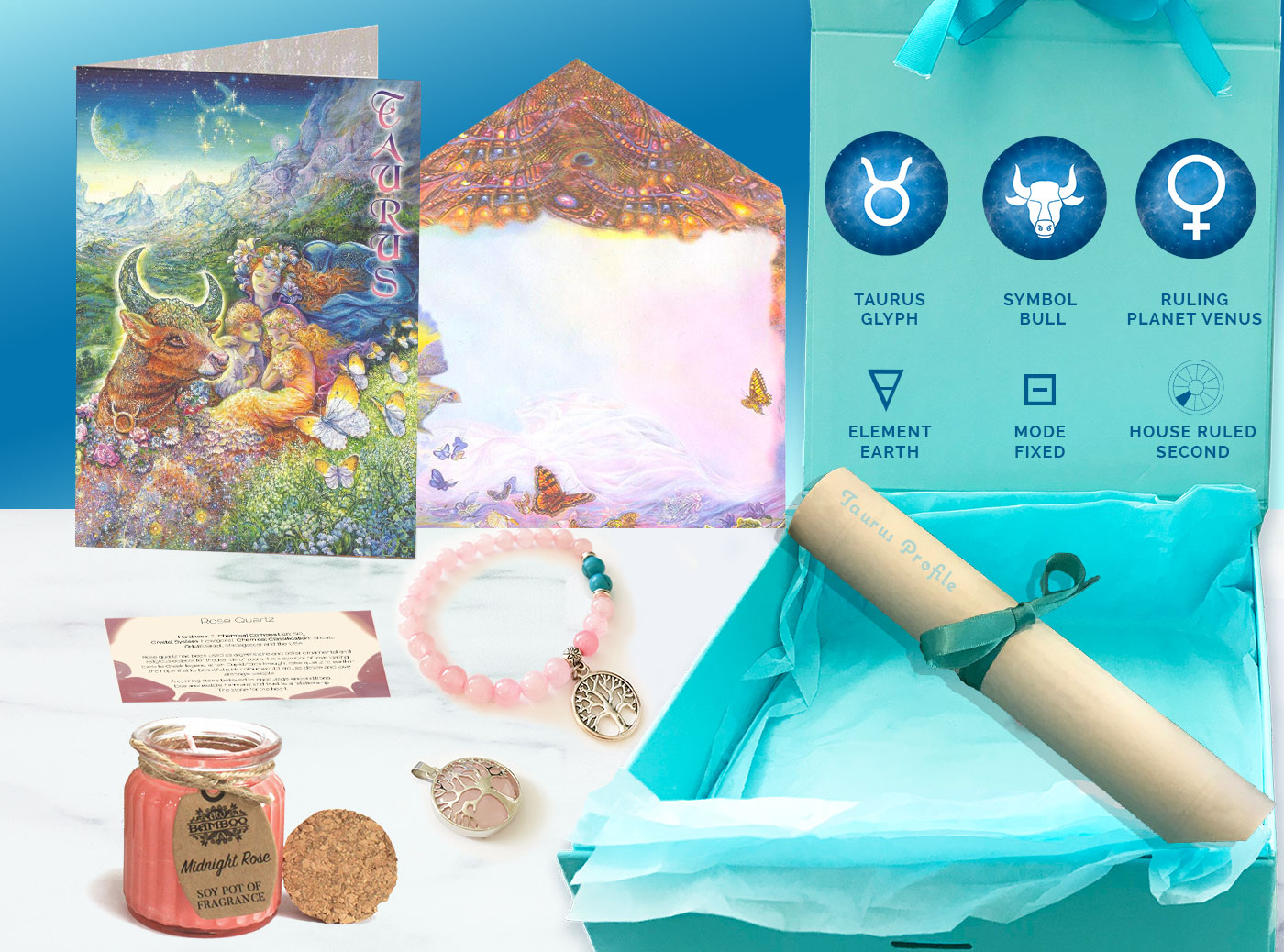 A beautifully boxed gift especially created with Taurus in mind. Taurus is a powerful earth sign, so what would make a better present than the Taurus Birthstone Rose Quartz Tree of Life Pendant and Bracelet and a sweet-smelling Rose candle. Plus Taurus astrology general profile. 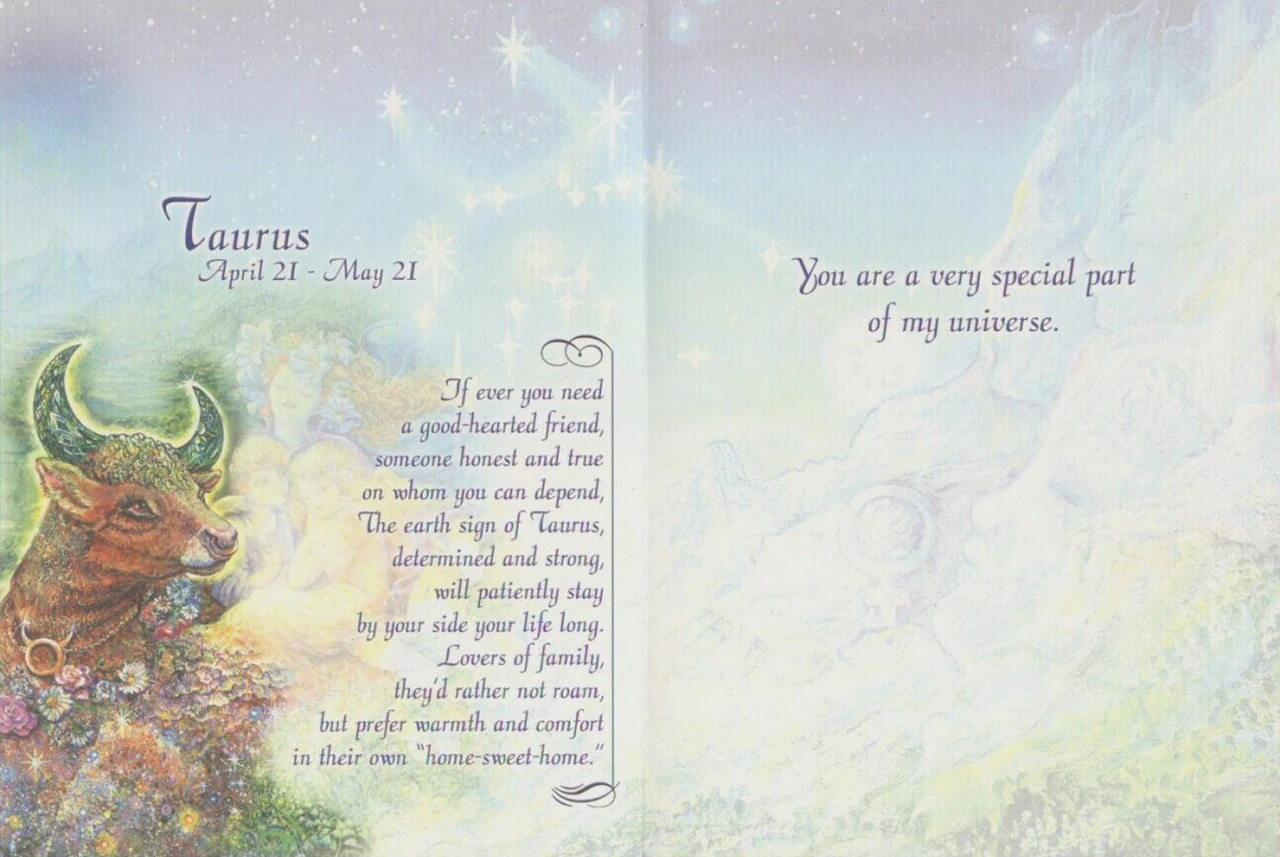 We celebrate the Sun arriving in Taurus around the 2oth April which is when the Taurus Birthday season starts.  Don’t panic we can have your beautifully packaged present dispatched to the recipient the next day, postage takes around 5 days, with a handwritten card designed especially for your favourite Taurus person.
All you will need to do is provide us with your message and their address.  Alternatively we can deliver it to you.

The sign of Taurus transits from April 20th to May 20th, it is the second sign of the Zodiac wheel.
It is influenced by its stable element, the earth and by its special relationship with the planet venus and is represented by the astrological Bull.

Here are some revealing traits of TAURUS that explains them perfectly.

DISCIPLINED, CONVENTIONAL & PATIENT – The element of nature that corresponds to Taurus is the earth, the most solid and stable of the elements. Individuals born under the earth signs, Taurus, Virgo, and Capricorn are in tune with the physical world. They stay in touch with reality through the five senses, they are careful disciplined, conventional and patient.

SENSUAL – Earth signs are guided their senses. People born in Taurus, the first earth sign, are the most sensorial of the earth people. They give more credence to tangible and measurable impressions. Their points of reference are based on physical reality, apprehended through the senses, and then processed through practical reasoning.

DELIBERATE, SERIOUS, METHODICAL, CONSISTENT – They are more at ease with material matters than they are with abstract and emotional issues. Taureans are as productive as nature and mother earth. They are deliberate, serious, methodical, sensual, and consistent. Taurus is the, I have and I build sign.

STRONG, POWERFUL, PERSISTENT, HARDWORKING & TENACIOUS – The symbol of Taurus is the bull and its glyph represent the head and the horns of this beast. In Western society the bull is considered to be strong, powerful, and aggressive. It imparts, fear and respect. Conversely, in Eastern culture, the bull is regarded as a docile, persistent, hardworking and tenacious animal. It is seen as a primary asset that provides domestic financial security. The difference in interpretation of this emblematic beast has led to a distinctive signification of the Taurus symbol as either a bull or a cow with horns. It does not matter which interpretation is chosen since both characteristics are reflected in Taurean people.

ATTRACTIVENESS, SENSUALITY,  & SEDUCTIVENESS – The features reflected by the sign Taurus can in part explained by its intimate relationship with its ruler planet Venus named after the Roman goddess of love, affection and beauty. Venus represents harmony loving ties and the desire to give and receive. Venus bestows upon Taureans attractiveness, sensuality, and seductiveness.
The energy of this planet reflects their refinement, aesthetic sense and the aptitude to enjoy sensorial experiences. Taureans have a sense of the aesthetic, a taste for the refined, a skill for meditation and a predilection for the mischievous. However, the earthly Taureans apply sensibilities in a practical and direct manner.

THE TAURUS BODY – Taurus the second sign is associated with the neck, the thyroid gland, the tongue and the taste buds.
Venus. The ruler planet of Taurus is also associated with the throat and the vocal chords. It bestows upon Taurean’s they’re pleasant voice and the talent for singing.
For the people of Taurus the body plays a fundamental role. It is the vehicle through which they come to understand physical reality, and it provides them the Avenue for their amazing sensory experiences. As the astrological bull, Taurus are robust, strong, and energetic. They are generally healthy, but should they fall ill, they can recover quickly. But they’re bullish stubbornness and temperament can have adverse effects such as melancholy and chronic depression. They also have to take care, not to overindulge their pleasure for food and drink, for they tend to gain weight easily. They are by nature sedentary, but if they become committed to a particular sport, they’re very disciplined.

>>> This is a taster of what is on the Taurus Astrology Profile Scroll which is 3 x A4 in length. 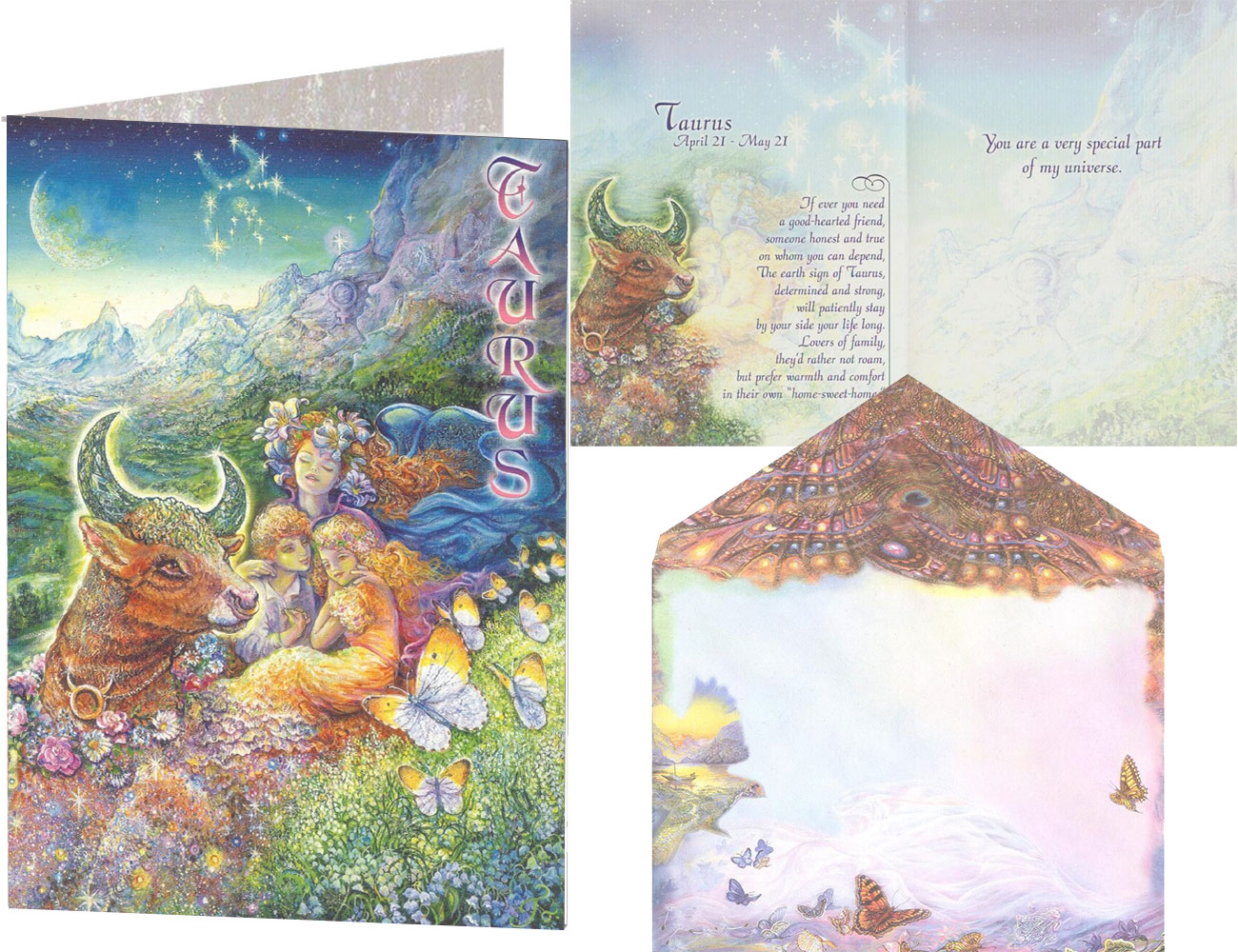 Taurus Zodiac card by Josephine Wall including inside and envelope.