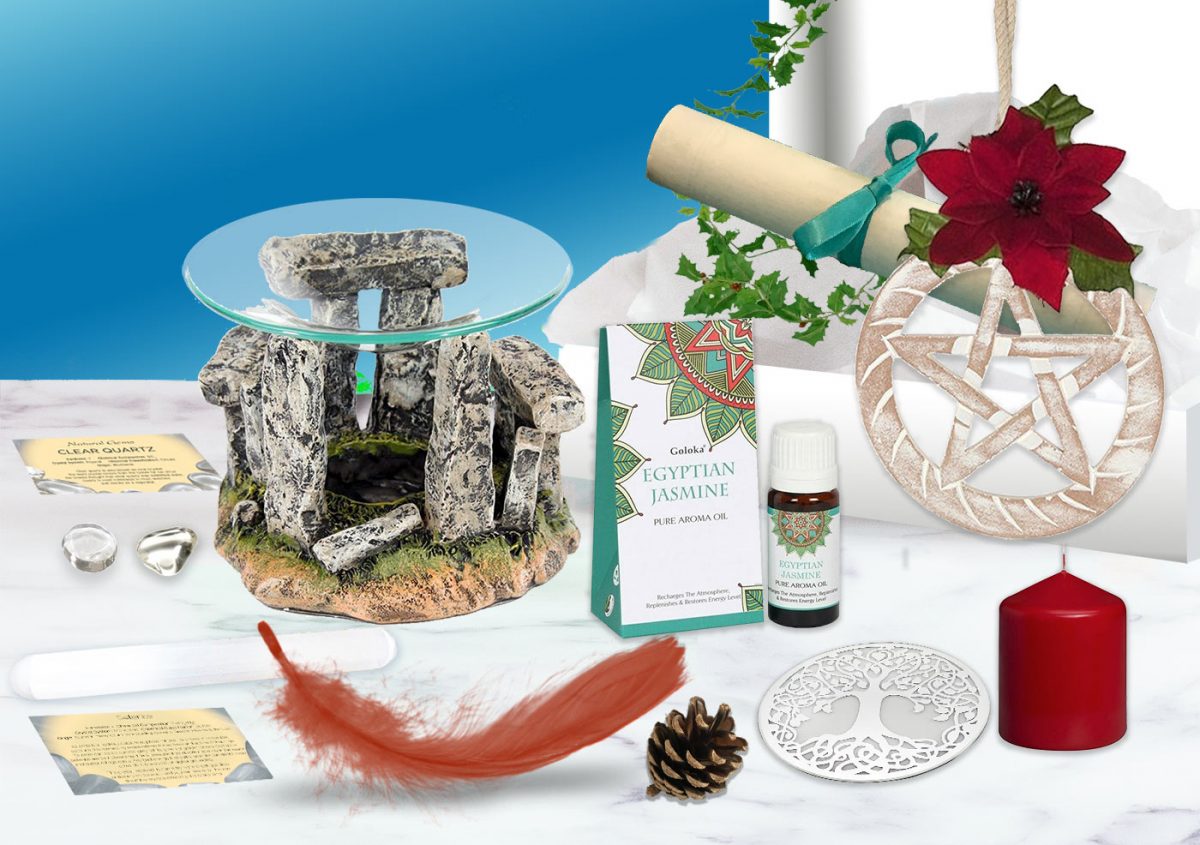 Double the power of your Purification & Protection Spell (banishing spell) during the winter months at the Winter Solstice - Yule.

Yule - Winter Solstice. The Festival of Rebirth and The Return of the Sun

The word Solstice translates roughly to ‘Sun Stands Still.” because the apparent movement of the Sun’s path north or south stops before changing direction. Solstice derives from the Latin scientific term solstitium, containing sol, which means “sun,” and the past participle stem of sistere, meaning “to make stand.”

Christmas customs originated centuries before Christ, and so did Yule rituals. Including the ‘Christmas Tree’, when ancient peoples brought fir trees into their homes and decorated them with candles and apples in honour of the Old Gods, symbolizing the gifts that the Gods gave man throughout the year i.e. Light & Fruit. The ever-green fir tree was revered as being magical because it stayed green through the Winter. The star on top of the Christmas tree is our own Pentagram, symbolizing Protection and Wisdom. Mistletoe was revered by the Druids and was used to treat a variety of illnesses. The Romans strew mistletoe through their temples during their fertility rites, and this is where the custom we have today of “kissing beneath the mistletoe comes from. Holly and ivy were revered as being magical because they too are evergreens. In England, holly was thought of as being masculine and ivy as feminine, lending a new meaning to the old carol ‘The Holly and the Ivy’. The word “carol” is a French word which originated during the Middle Ages and means “round dance”. Ancient worshippers danced in a circle as they held hands during their rites.

The midwinter tradition of lighting a Yule log, was an ancient Celtic fire ritual performed at the December solstice. To bring the log indoors and burn it was symbolically to bring the blessing of the Sun God and happiness, health, and prosperity into the home. Also the word “Yule” means “Wheel”. Wreaths, being round, symbolized the “Wheel of the Year”. We light Candles to symbolize the Sun, which is reborn on this night when the Wheel turns and the nights grow shorter.

The modern Druidic celebration Alban Arthan reveres the death of the Old Sun and birth of the New Sun.

The winter solstice may have been more important than the summer solstice for the people who built and used Stonehenge. Durrington Walls is a large Neolithic settlement situated about two miles away from Stonehenge. Excavations suggest it’s possible that the people gathered at Stonehenge at this time of year to take part in feasts, ceremonies and celebrations due to huge amounts of discarded pig and cattle bones found. The animals would have been born in the spring, so it would seem that they were slaughtered around the time of the winter solstice. With the alignment of the stones, it’s possible that people gathered here at this time of year for their celebrations.

The people of Egypt winter solstice fell on January 6. Egyptians also honoured the sun god on the day of the winter solstice. Other Egyptian festivals that took place on January 6 included the birthday of the god Osiris and the birth of the god Aeon from his virgin mother, Kore. As early as the second century Egyptian Christians adopted January 6 as one of their feast days, too. They began to celebrate Epiphany on that day.

Read more on this longest lasting tradition of all time the Winter Solstice – Yule. Join in our video with a ritual/spell to celebrate the Winter Solstice & Double the power at this auspicious time of our Purification & Protection spell (a banishing spell for that thing, person, bad habit, or whatever, it has over you.)

This December we celebrate the Yule – Winter Solstice On-line Event Ritual! This offering features tools needed for the spell and basic ritual for the Protection & Purification through the winter months. Contents are handpicked to help create and maintain a practice that fits the event, and on such a powerful day it can’t but help increase its power.

This Solstice Gift with The Stone Circle Oil Burner OR