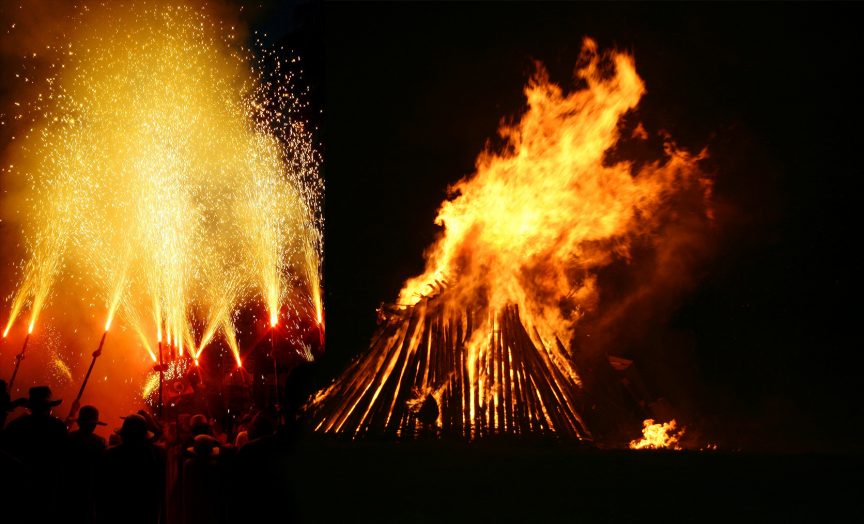 Christian names for it include All Hallows Eve (although some churches celebrate on November 7), Hallows Eve, Santos, Devil Night and Mischief Night. Samhain (Summer’s End) is one of our four Greater Sabbats, the highest holy day of witches. It is a magical interval when the mundane laws of time and space are temporarily suspended, and the Thin Veil between the worlds is lifted. A time when the barriers between the human and supernatural worlds are broken. It is a cross-quarter day, situated between Autumn Equinox and Winter Solstice.  Samhain (pronounced sah-win) is an Irish word meaning “summer’s end. A time for communicating with ancestors and departed loved ones is easier at this time, for they journey through this world on their way to the Summerlands.

Samhain’s origins date back to the Celtic people who lived in Ireland, Scotland, England, and northern France until around 100 C. E., when the Romans conquered most of Celtic Europe. In Celtic countries, it was celebrated by leaving food offerings on altars and doorsteps for the “wandering dead”. Single candles were lit and left in a window to help guide the spirits of ancestors and loved ones home. Turnips were hollowed out and carved to look like protective spirits. A night when fairies are supposedly afoot working mischief on humans. For witches, it is the most powerful night of the year to perform magic and divination.

Superstition led people to take some unusual precautions to protect themselves, such as dressing in frightening costumes with hideous masks, carrying lanterns and carved turnips to help protect them from evil spirits as they walk through the streets.

It was considered taboo to use any crops still in the field on Samhain and they were left as offerings to the Nature spirits. Bonfires were built, (originally called bone-fires), for after feasting in order that the animal bones could be thrown in the fire as offerings. Decorate your altar with photographs of dead loved ones, pumpkin lanterns, oak leaves, apples, nuts and sage. Incenses associated with this festival include nutmeg, mint and sage, and the colours black and orange.

Click here to find out more about Samhain and our products.