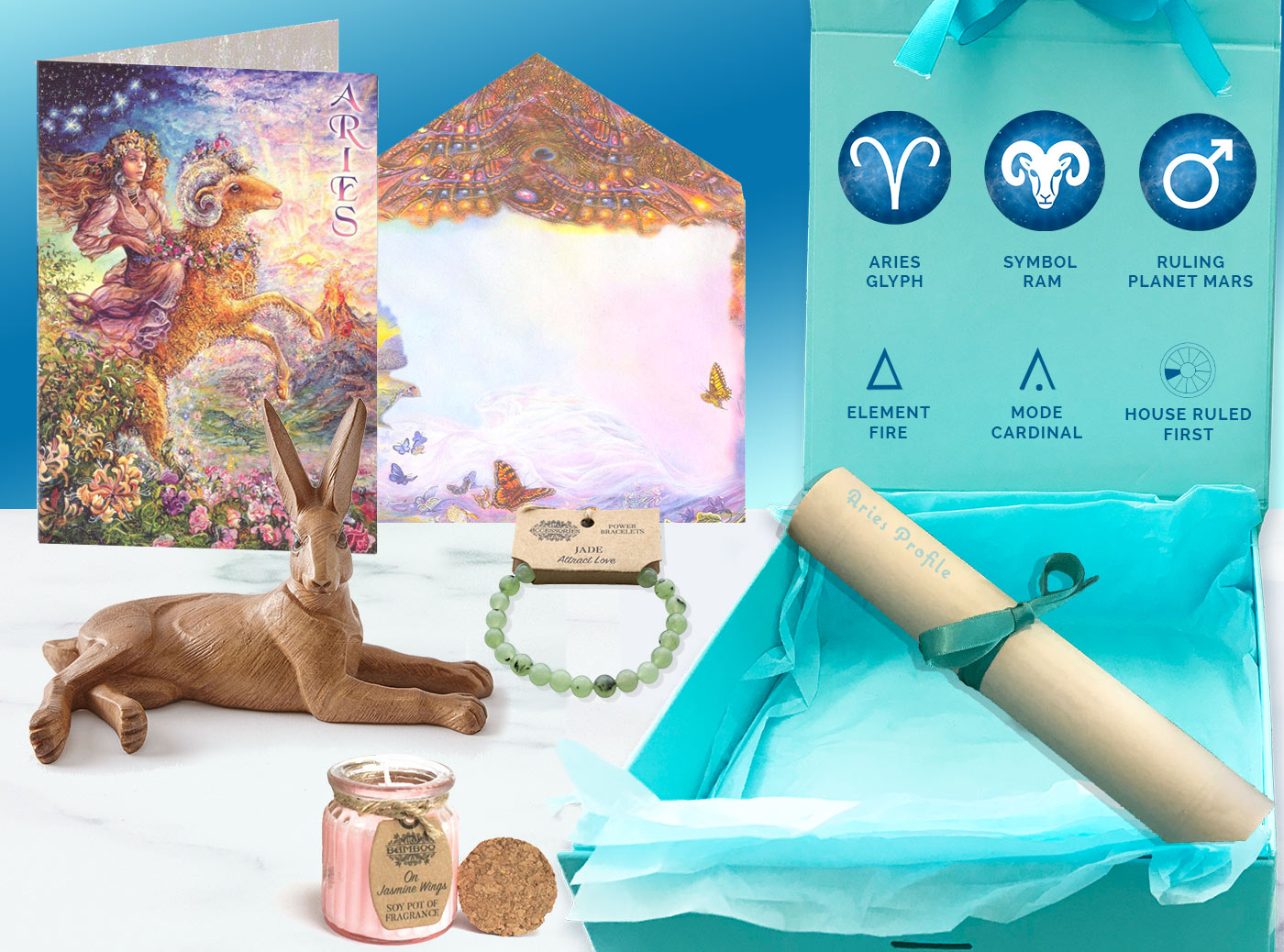 A beautifully boxed gift especially created with Aries in mind. Aries month is the season for the hares to pop out of the ground, so what would make a better present plus a lovely green Jade power bracelet for the powerful star sign that it is, and a sweet-smelling Jasmine candle the candle of the Spring Equinox. Plus Aries astrology profile. 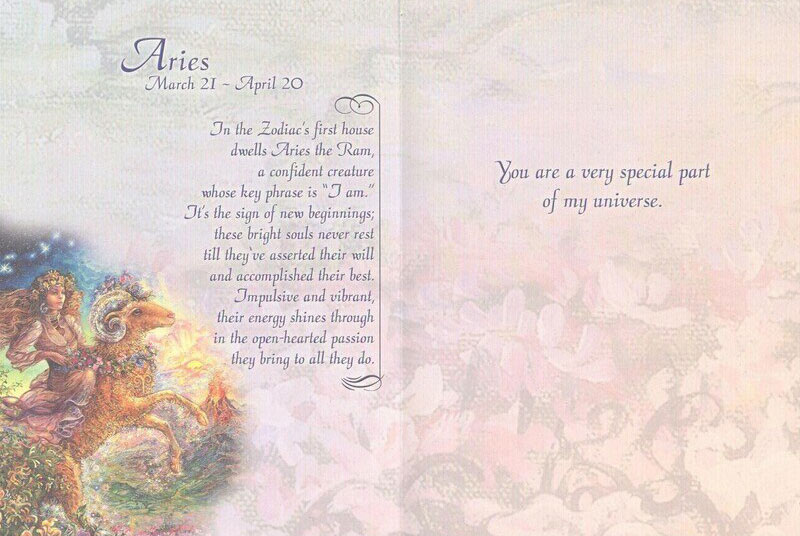 We celebrate the Sun arriving in Aries around the 21st March which is when the Aries Birthday season starts.  Don’t panic we can have your beautifully packaged present dispatched to the recipient the next day, postage takes around 5 days, with a handwritten card designed especially for your favourite Aries person.
All you will need to do is provide us with your message and their address.  Alternatively we can deliver it to you.

Aries nature is shaped by its position on the Zodiac wheel. It is also influenced by its inspiring element fire, the presence of the astrological Ram, and by its special relationship. With the planet, Mars, the sign of Aries transits from March 21st to April 19th.
It is the first sign and it is situated at the very beginning of the Zodiac wheel.
The 21st of March or the same day when springtime discloses a new cycle of life in the Northern hemisphere of our planet, our raise people symbolically are the newborn children of the Zodiac.

Here are some revealing traits of Aries that explains them perfectly.

ATTRACTIVE, COMBUSTIVE, REACTIVE & DYNAMIC – People born under Aries sense their very particular position inside the Zodiac wheel. They know somehow that without them, there is no life and they take on their mission with a typical childlike enthusiasm. The element of nature that corresponds to Aries is fire attractive combustive, reactive and dynamic.

SPONTANEOUS, DIRECT – Individuals born under the fire signs are spontaneous and full of vitality. They rely upon their inspiration and their enthusiasm to get what they want. They are direct and audacious, no matter what, they see life optimistically, they burn up problems with the fire of their egos and continue defiantly on their way.

NATURAL INITIATORS & LEADERS – Aries tend to be egocentric and demonstrate little sensitivity towards others. They express themselves without reservation. However, unlike those of the air signs who think. Fire sign people act born in the first sign of a fire element. The juvenile areas, natives are the most impulsive, spontaneous excitable and unpredictable of the Zodiac, natural initiators and leaders.

TENACIOUS – Aries spend a lot of energy giving life to new projects. The symbol of Aries is the Ram a determined and tenacious animal. It’s glyph represents the face and the horns used by this animal to combat the obstacles. It might find in its way, this trait, even if it is difficult for others to accept, seems to be necessary for the initiation of a well-defined individuality that can sustain a new evolutionary stage.

COURAGE – Aries brings to life courage and a great thirst for adventure. They are doers who react rapidly to any stimulus. It is through tangible action that they get to know who and what they are. The psychic energy of Aries people is masculine and active yang in Oriental traditions. While we all possess both masculine and feminine energies, astrology reveals the predominance of one of them in each sign. Aries in particular manifest their yang energy in the priority they give to action and in their tendency to impose themselves on others.

>>> This is a taster of what is on the Aries Astrology Profile Scroll which is 3 x A4 in length. 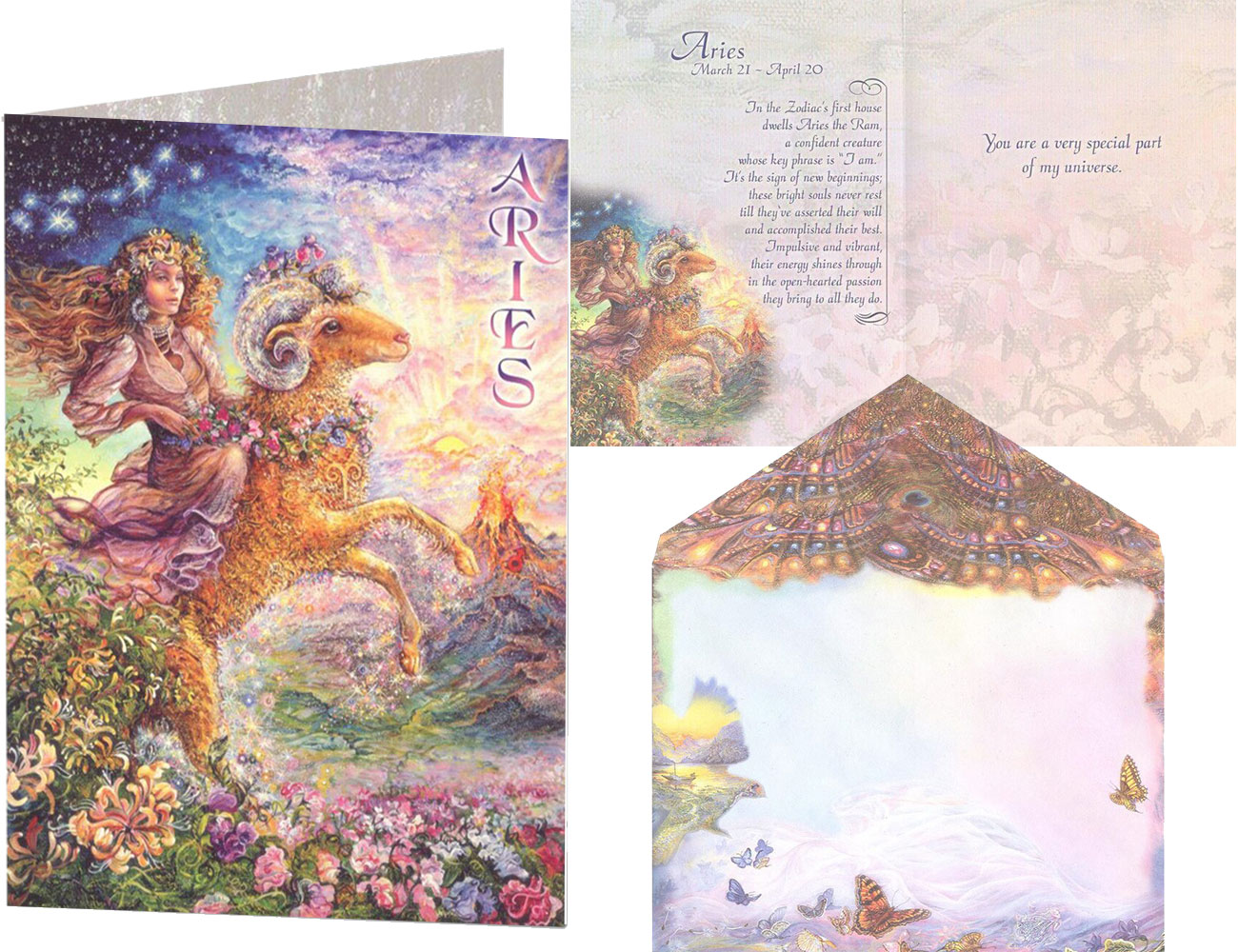 Aries Zodiac card by Josephine Wall including inside and envelope.